A celebration of Italian culinary traditions with a touch of artful modernity comes together in Wayne, New Jersey. 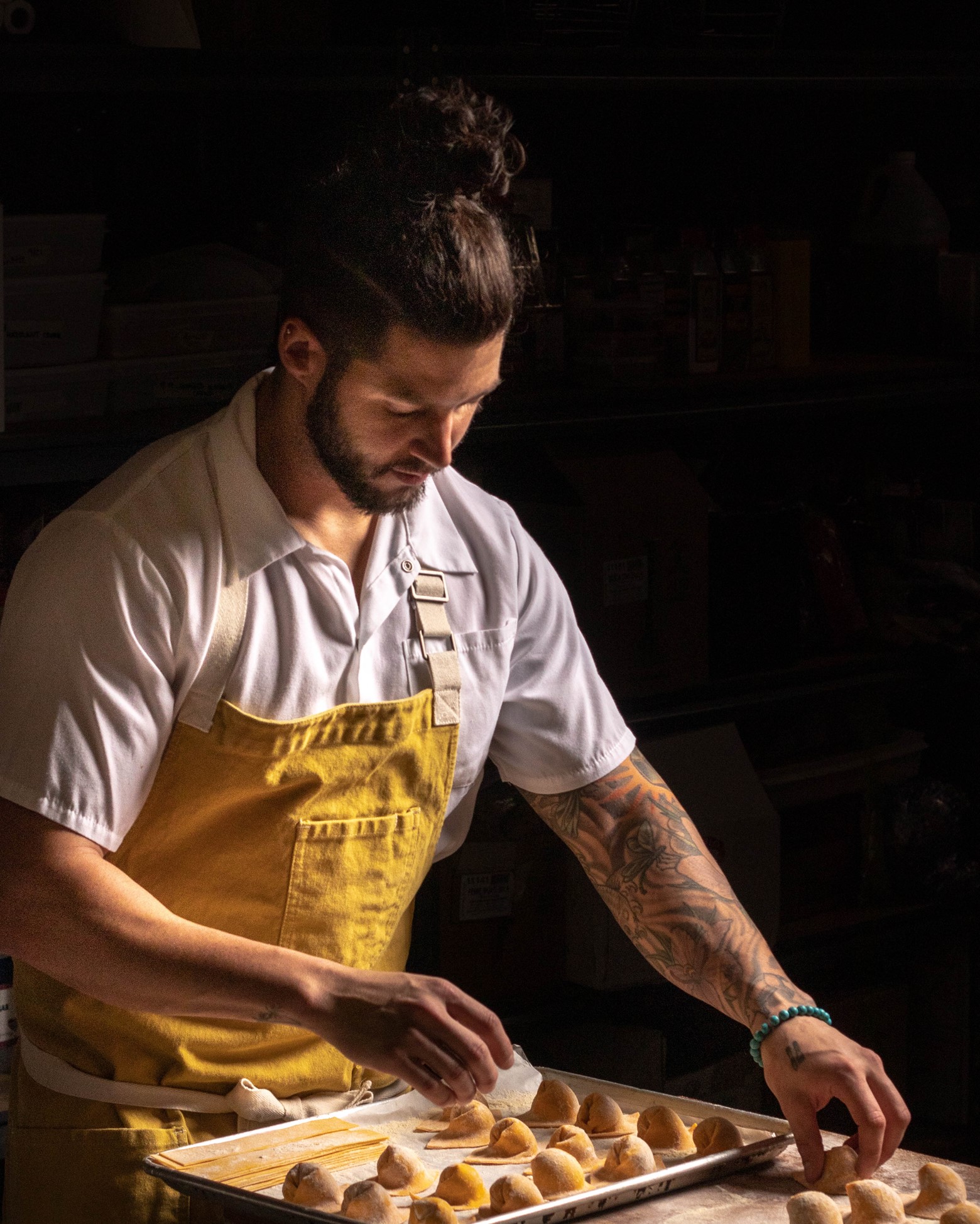 Chef Robbie Felice has been in restaurants since before he could walk. His father, Joe Felice had owned multiple restaurants during the course of his childhood. After a childhood surrounded by the industry, he was accepted into the Culinary Institute of America where he graduated with an Associates Degree in 2011. Shortly following his graduation, he put in multiple years of work between the legendary Babbo in New York City and B&B Ristorante in Las Vegas, where he became Sous Chef along with running the Salumi Program at the Company’s many Las Vegas locations.

Felice was able to transform the lessons and experiences he learned from an early point in his career into his own culinary success. In 2016, at just 26 years of age, Felice and his father decided to open their first restaurant together, birthing Viaggio Ristorante in Wayne, New Jersey. In his pursuit of authenticity, Felice unveiled a restaurant true to his cooking philosophy— locally sourced ingredients used to create traditional Italian fare with a modern touch.

Viaggio earned him a spot on NJ Monthly’s 30 Best Restaurants in New Jersey, NJ Monthly’s Talent on the Rise, The Record’s 17 People to Watch in 2017, and two 3 ½ star reviews from both The Record, and New Jersey’s largest publication, The Star Ledger. A multitude of accolades paved the way for Robbie to open his second restaurant, Osteria Crescendo in 2019 at just 28 years old where he specializes in large scale “for the table” entrees, and Italian street food at its bar. After five short months, Osteria Crescendo joined Viaggio with a spot on NJ Monthly’s 30 Best Restaurants in New Jersey, making him one of two chefs in the state to have two spots on the list. Osteria Crescendo brought Felice a glowing review from North Jersey Media Head Food Editor, Esther Davidowitz, where she referred to him as a “Culinary Superstar”.

Multiple James Beard House appearances, including a solo dinner on August 19th, 2019, a nomination for Eater Young Guns 2020, being named New Jersey’s Industry Chef of the Year, and finally receiving recognition as one of the most important people of the past decade in the New Jersey restaurant scene by northjersey.com. His food is described as taking modern spins on the classics, and it has done anything but fail to date. Felice keeps a strong social media presence, and continues to use everything he has been taught to his own advantages. Never settling for the minimum has been his career outline thus far, and his strive to be the best he can be has cemented him as one of the great chefs in not just New Jersey, but the entire country.

Originally from Wayne, New Jersey, Joe Felice has owned celebrated restaurants since the age of twenty-two. In 1992, he opened his first establishment, The Gourmet Café in Parsippany, New Jersey, which delivered savory and creative Italian cuisine for fifteen years and is still very successful under new ownership. From 2005 to 2009 he owned Casa Di Amici in Denville, NJ where he provided customers with the same high-quality food and service. In 2016, Joe embarked on a new adventure and opened Viaggio Ristorante in his hometown of Wayne, New Jersey with his son Chef Robbie Felice. In 2017 Viaggio was nominated as one of New Jersey’s “Best New Restaurants” and in 2018, ranked among “New Jersey’s 30 Best Restaurants.” In 2019, Felice was proud to open a second restaurant with his son, Osteria Crescendo, in Westwood, New Jersey. 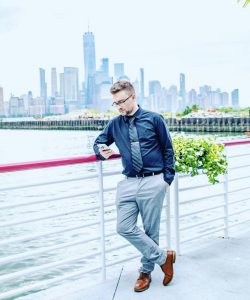 Tommy Voter began his career in Las Vegas working for Block 16 Hospitality. During his time there, he worked both behind the bar and as a server at their modern, brick oven pizza restaurant, Flour & Barley. Following a passion for craft beer, Tommy went on to complete the first level of the Cicerone program which certifies and educates beer professionals to elevate the beer experience for consumers.

A trip back home to New Jersey in 2016 brought Tommy to Viaggio, Robbie Felice’s flagship restaurant, on opening night. Enamored by the food and service, Tommy moved back home permanently to work at Viaggio. He quickly found a home as a server, but when an opening for General Manager came up, his willingness and work ethic made him the obvious candidate. In 2019, Felice’s second restaurant, Osteria Crescendo, was poised to open, and Tommy moved to Director of Operations— overseeing both restaurants. It was at this time where Tommy became one of the only directors to oversee two Top 30 restaurants in the state.

Tommy has a natural talent and love for all things hospitality. A jack of all trades, he can easily jump behind the bar if a drink needs to be made, or right back onto the floor serving tables where his journey all started at Viaggio. He is always learning, and always looking for ways to improve. Tommy is the first person in, and the last person out each day. He eats, sleeps and breathes the restaurant; and he wouldn’t have it any other way.

Luis Merino is an experienced General Manager, now one of the backbones of the restaurant. However it didn’t always start that way. Luis joined the team back in 2016 as a busser. Driven by the motivation for success like those around him Luis too strived to become the best he could be in the hospitality industry.

Through dedication and hard work Luis soon became a reliable member of the team for Robbie Felice becoming a server and the assistant manager of Viaggio Ristorante. When Felice opened Osteria Crescendo in 2019, it was Luis chosen to lead the Serving Staff in Felice’s new business venture, making sure the staff was up to par allowing Osteria Crescendo to shoot into “Top 30 Restaurants in New Jersey” despite being open for only 6 months. Later that same year, Luis became the General Manager for Viaggio Ristorante, becoming a cornerstone of the business.